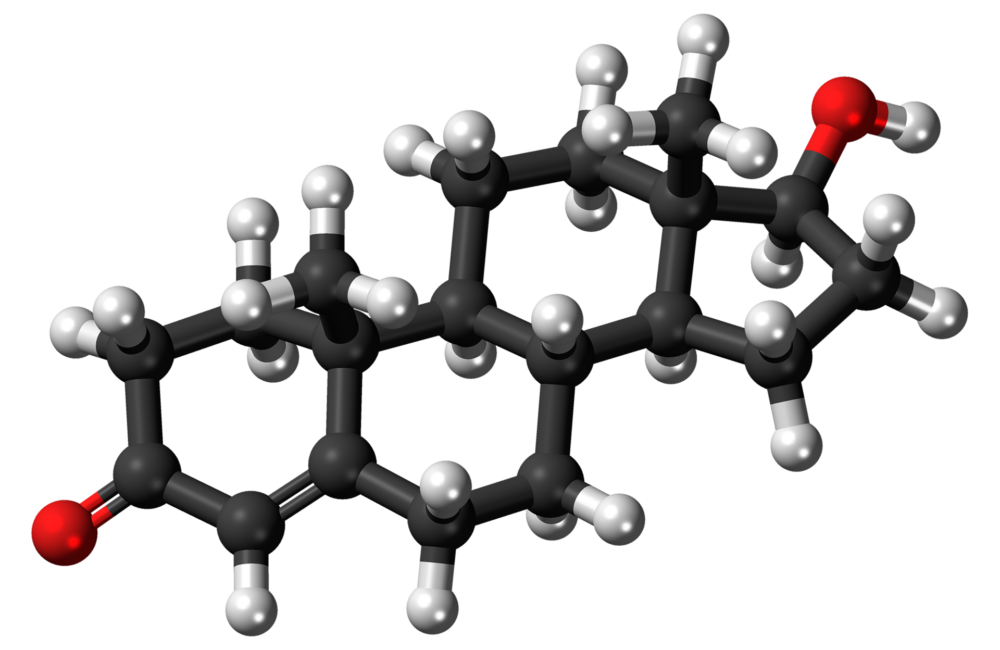 Our bodies are extremely complex and consist of billions of cells first forming organs and then the full organism. To keep it all together and act as a single whole rather than disparate parts, our bodies have two main signaling and communication systems that allow the brain and other organs to communicate with each other and establish a central command-and-control structure. One such communication method is our nervous system that uses nerves to almost instantly transmit commands as electrical signals to every part of our bodies.

Endocrine is the other communication system, and hormones are the molecules that serve as its messengers. Although the endocrine system is not nearly as fast as the nervous system, its effects are profound, and it’s just as important in keeping us alive and functional. There are hundreds of hormones with new ones still being discovered. Below are the few best known hormones whose levels and balance we can adjust for improved health and sense of well-being.

Click on the names of hormones below to learn about the key players in our endocrine system.

Testosterone is best known as a male reproductive hormone and anabolic steroid. Even its name comes from the word ‘testis’ where it’s produced in men. This hormone, however, plays a major role in the female body as well. In women, testosterone is produced by the ovaries and adrenal glands although in much smaller quantities than in men. As an anabolic steroid, testosterone is responsible for increased muscle mass and strength in women as well as increased bone density and bone maturation preventing osteoporosis. It supports red blood cell production and cardiovascular health. Testosterone also plays an important role in female sexual arousal and sex drive. It’s been shown to improve cognitive performance and the sense of well-being. Low testosterone levels may lead to decreased sexual desire and pleasure, fatigue, depression, accelerated bone loss, muscle weakness and even worsening of Alzheimer’s. Restoring testosterone levels in women can increase sex drive and sexual pleasure, improve mood and mental acuity, increase lean muscle mass and delay osteoporosis and mental decline.

Testosterone is produced mostly in the testes (hence the name) and prostate. It plays several key roles in the male body. First, it’s a reproductive hormone responsible for developing secondary sexual characteristics such as facial hair, deeper voice and the maturation of reproductive organs. It is also responsible for maintaining the male reproductive function after puberty including sperm production and sex drive. Second, it is an anabolic steroid responsible for building muscle mass and strength and increased bone density. Testosterone has also been shown to have positive effects on cardiovascular health, energy levels, healthy body weight, sugar control and cognitive function. Testosterone production decreases in older men which is known as andropause. Excess body fat has a detrimental effect on testosterone because fat cells convert it into estradiol, a female sex hormone. Exercise, on the other hand, usually increases testosterone levels. Andropause due to normal aging is not the only cause of dropping testosterone levels. Other causes include chemotherapy, radiation, anabolic steroids, excessive weight, smoking, drug use, and diseases such as cancer. Restoring testosterone levels can increase sex drive and sexual pleasure, alleviate erectile dysfunction, relieve fatigue and increase energy level, elevate mood and decrease irritability, increase bone and muscle strength, enhance cardiovascular health and mental sharpness.

Estrogen is the main female reproductive hormone. It is primarily produced in the ovaries. There are 3 main variants of estrogen: estradiol (most potent), estrone, and estriol. The effects of estrogen are numerous and go far beyond the key role it plays in the reproductive function. Estrogen is responsible for developing female secondary sex characteristics such as breasts and female pattern of body fat distribution. It stimulates the growth of the uterus and uterine lining, thickening of vaginal walls and vaginal lubrication. Estrogen helps maintain healthy skin and bones warding off osteoporosis. It speeds up metabolism and increases healthy HDL levels protecting the cardiovascular system from heart attacks and strokes. Estrogen also improves cognitive function and mental health. Estrogen is also necessary for the sex drive. It is important to maintain proper levels of estrogen in the body. Too much or too little estrogen can lead to health troubles. Estrogen levels fluctuate as a woman approaches and enters menopause. That leads to hot flashes, night sweats, osteoporosis, mood swings and many other symptoms. Restoring healthy levels of estrogen helps alleviate these symptoms of menopause, improve bone and cardiovascular health, cognitive function, sleep, mood sex drive and general sense of well-being.

Progesterone is an important sex hormone. Reproduction is one of its major roles where it influences egg fertilization and the course of pregnancy. It also serves as a source of adrenal corticosteroid hormones in the fetus. Progesterone plays a role in skin aging, mood, reducing inflammation, protecting brain from injury and reducing the risk of endometrial cancer. Some of the effects of progesterone are enhanced by estrogen. Progesterone is produced mostly in the ovaries and in smaller quantities in the adrenal glands, brain, and fat tissue. Progesterone is used to treat amenorrhea (absence of menstrual period), menopause symptoms, such as hot flashes, breast pain and a number of other symptoms. In Bioidentical Hormone Replacement Therapy, progesterone is often prescribed to improve hormonal balance with estrogen and protect from the side effects of estrogen such as abnormal thickening of uterine lining, irregular and heavy menstrual bleeding.

Pregnenolone (not to be confused with pregnanolone) is a steroid hormone from which other steroid hormones such as estrogen, testosterone, progesterone and cortisol are made. It is also produced in the brain where it serves to improve memory and cognitive function. Pregnenolone has a protective effect on nerve fibers and synapses – links between nerve cells. Taking pregnenolone may help alleviate the symptoms of mental decline, depression and schizophrenia.

DHEA which stands for dehydroepiandrosterone is a steroid hormone produced in the adrenal glands, ovaries, testes and brain. Other steroid hormones such as estrogen and testosterone are made from DHEA. In adrenal insufficiency, when the adrenal glands do not produce enough steroid hormones, supplementation with DHEA can help women improve the sense of well-being and libido. In addition to being the source of other hormones, DHEA has its own effects as a hormone. It can act as testosterone and estrogen, although in a much weaker capacity. Treatment with DHEA can improve the symptoms of depression and anxiety because this hormone has effects of the brain. DHEA can also alleviate chronic fatigue and increase stamina. It is also effective against vaginal atrophy.

Human Growth Hormone is a protein made by the pituitary gland. Growth hormone has many powerful effects. Its main function, as the name suggests, is to stimulate growth of the body. This is particularly important in children who need growth hormone to achieve adult height. Other effects include increasing bone strength, increasing muscle mass and strength, stimulation of organ growth, strengthening of the immune system and regulating sugar metabolism. Adults suffering from growth hormone deficiency experience accumulation of body fat and decrease in lean muscle mass and strength; their exercise capacity is decreased as well as their bone density; their heart is weakened; triglycerides and cholesterol in their blood reach unhealthy levels; they have trouble sleeping and their overall sense of well-being declines. Treatment with growth hormone reverses those symptoms and conditions. The anabolic (building up) effects of growth hormone - increase in exercise capacity and muscle mass among others create a potential for abuse. For that reason, its use is banned from Olympic sports and is only allowed in the United States to treat proven growth hormone deficiency that must be confirmed by lab tests. Growth hormone is illegal for use as an anti-aging treatment. Because growth hormone is a protein, it has no effects when taken by mouth. It would simply get digested like food. It must be injected, typically under the skin, to take effect. Treatment with HGH can lead to serious side effects such as an increase in blood sugar levels and even diabetes, swelling of joints, carpal tunnel syndrome, high blood pressure and organ enlargement. Older adults are particularly susceptible to the side effects of HGH injections. Growth hormone is released by the pituitary gland in response to a molecule called Human Growth Hormone-Releasing Hormone (GHRH) or Growth Hormone Releasing Factor (GRF). A synthetic molecule with the same effects is called Sermorelin. Sermorelin stimulates the pituitary gland to produce and release the growth hormone in a natural way avoiding many of the side effects of HGH injections. Because Sermorelin is a polypeptide (a long chain of amino acids), it also has to be injected under the skin and will be digested if taken by mouth. The injections must be given on a daily basis since both the growth hormone and Sermorelin are broken down inside the body very quickly.

Thyroid hormone is produced by the thyroid gland located in the front of your neck. Normally you don’t feel it, but when it gets large in a condition called goiter, it can be quite noticeable. The thyroid gland produces two hormones called T3 and T4 for which it requires iodine. Thyroid hormone’s main role is to regulate your metabolism, and it can influence virtually every cell and organ in your body. It is also critical for proper development of the fetus. The condition of thyroid hormone deficiency is called hypothyroidism. The symptoms include When your body produces too much thyroid hormone, the condition is called hyperthyroidism. That condition can cause increased body temperature, weight loss, racing heart and insomnia.

Cortisol is a hormone produced by the adrenal glands. Its main roles are to regulate metabolism and decrease inflammation. It is also known as stress hormone because it is released when you experience stress, especially chronic stress. Chronic stress leads to abnormally high cortisol release over a long period of time. This causes immune system suppression, slow wound healing, high blood pressure, stomach ulcers, anxiety, insomnia and many other disorders. When your adrenal glands cannot produce enough cortisol, that causes health problems as well. Insufficient cortisol production can lead to low energy, muscle weakness, low blood pressure and darkening of the skin. Low cortisol production can lead to other hormone imbalances such as low estrogen and testosterone. Testing your saliva for cortisol can give quick and accurate results to your doctor, which is not the case with other hormones that require more sophisticated testing methods.
SCHEDULE FREE CONSULTATION